Fx Splitter is a basket trading robot. It places individual trades at fixed intervals of time. When the next time slot occurs, Fx Splitter will place a new trade, or close an existing trade, or do both, or do nothing, according to the in-build trading algorithm and the current market conditions. Fx Splitter is a martingale trader. So, as the number of trades in the basket grows, new trades will be opened with the increasingly larger lot size. When the net profit of the basket reaches the given take profit level, the whole basket is closed, and the new one is started. 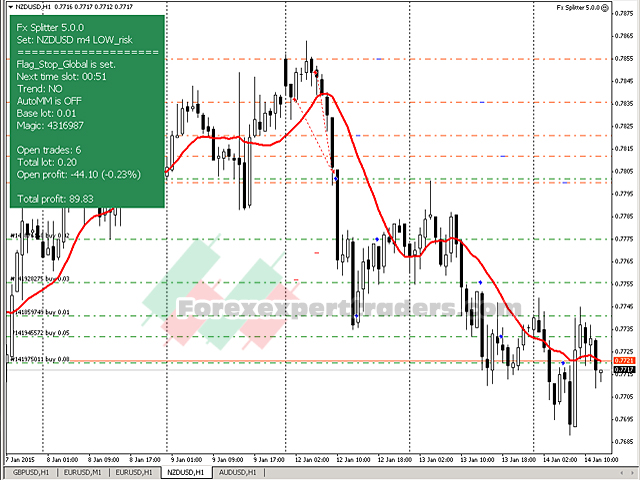 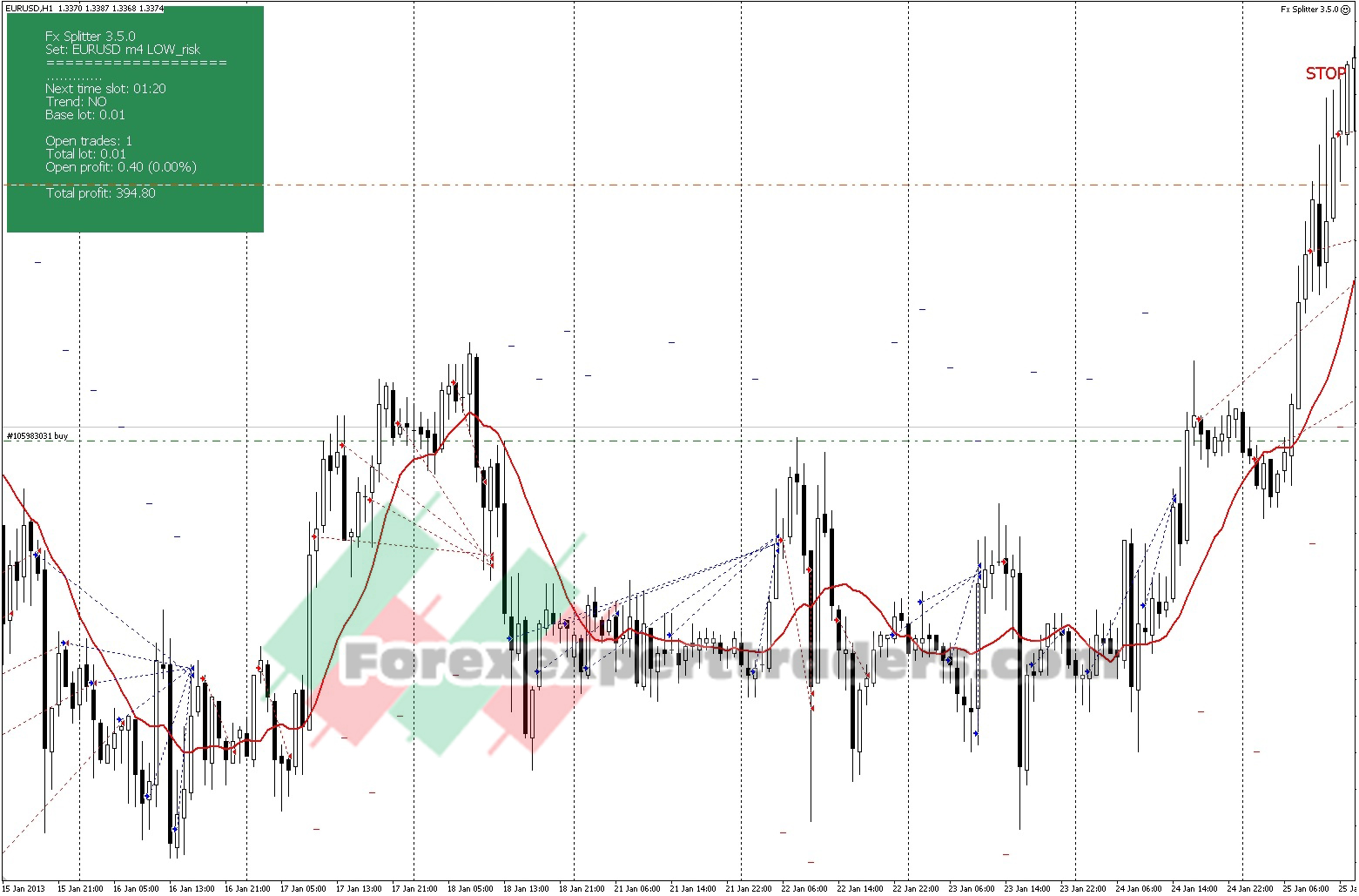 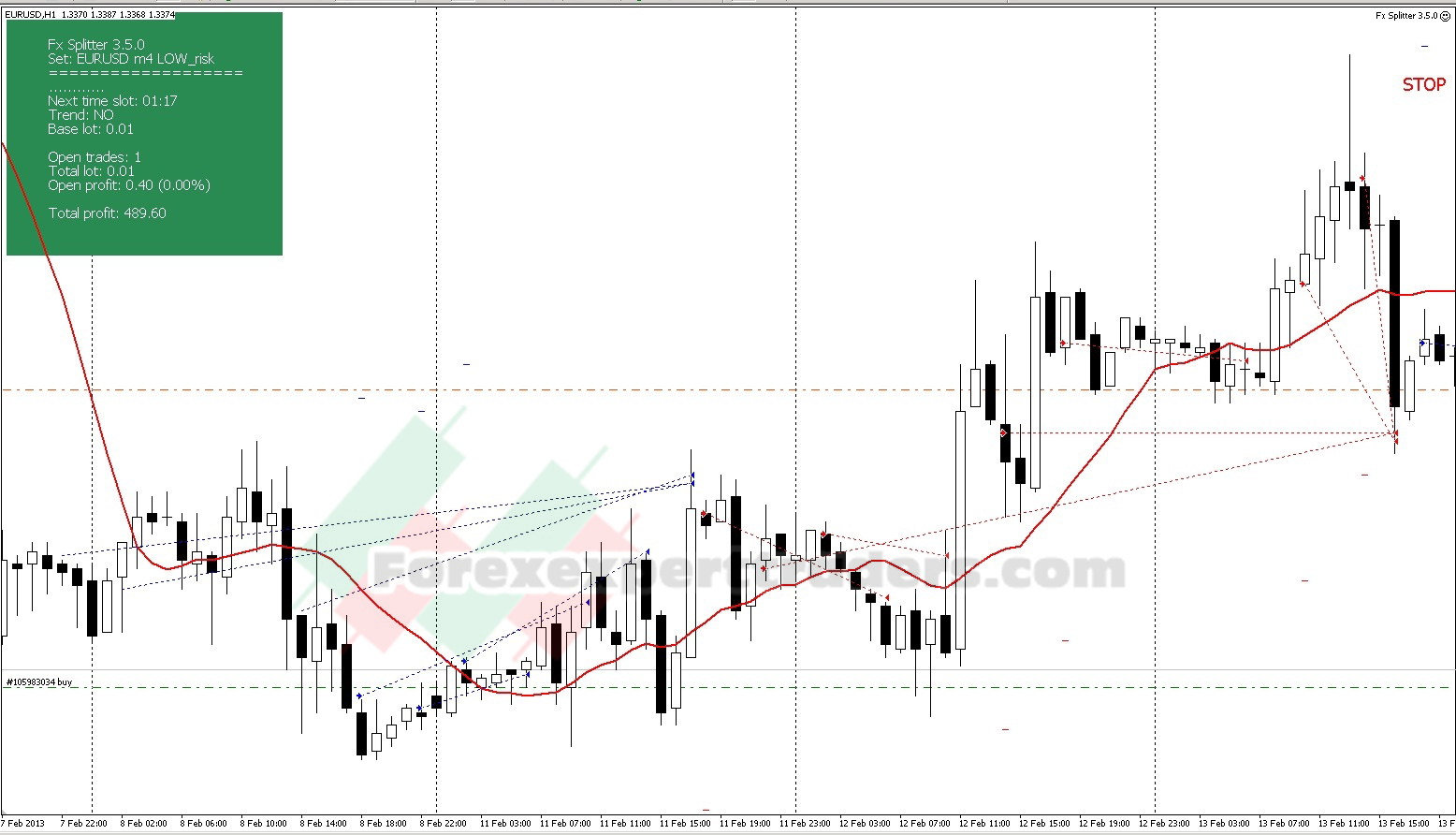 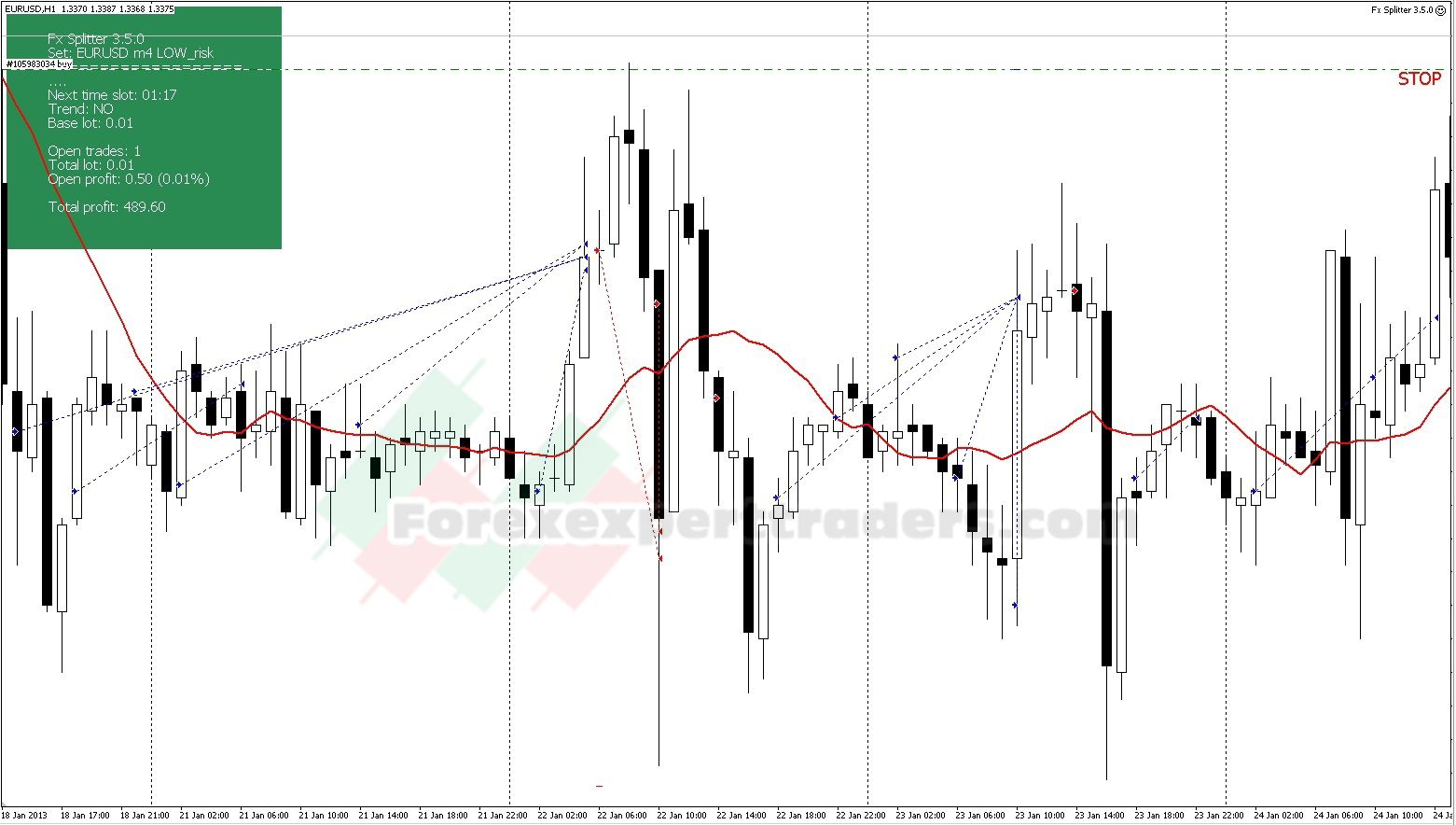 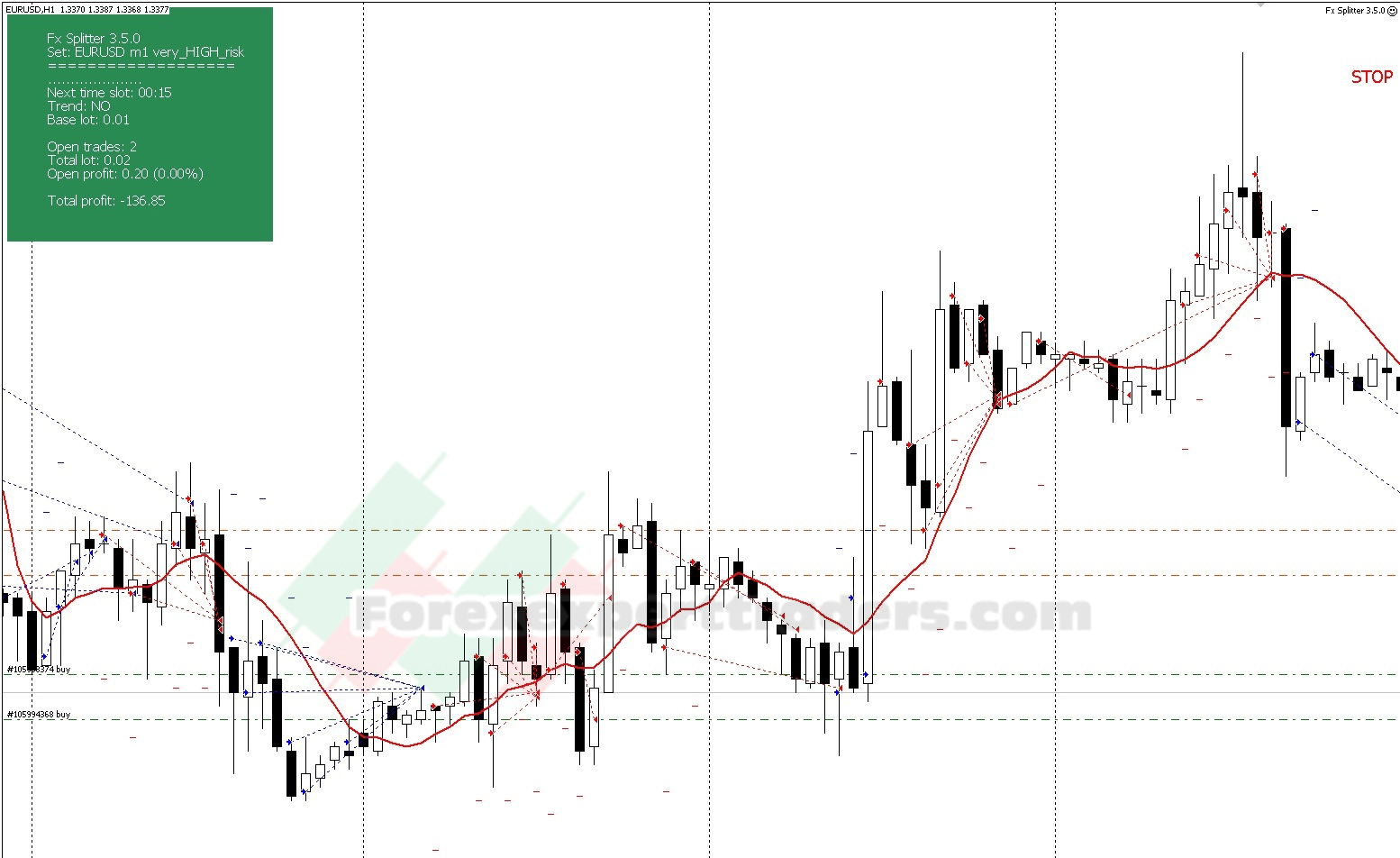 Fx Splitter EA Back Testing
The Fx Splitter website has a large amount of back tests published and has also loaded them into MyFxBook so you
can give them a more in depth analysis. The modelling quality is 99% which means that real tick data was used during
back testing. Interestingly the spread used in the back tests is not shown, I would have preferred this information to
have been included and preferably real variable spreads used. There is simply too many back test results to include in
this review but you can see an example below and view them all on the Fx Splitter website.

Settings
Flag_Stop: Stop trading after the current basket is closed.
LotSize: Base lot size.
AutoMM: automatic setup of the starting lot size. When AutoMM = FALSE, the starting lot will be LotSize. When AutoMM = TRUE, the base lot size LotSize will be scaled by the ratio (Account balance)/ AutoMMEquity.
AutoMMEquity: AutoMM parameter.
CloseBE_AutoLevel: the number of grid levels that triggers the automatic closure of the baskets at the breakeven level + BEpips pips.
BEpips: The number of pips for CloseBE_AutoLevel features.
MaxDD_Stop: Maximal open drawdown (in %) for which a new basket can be started.
MaxDD_Release: If opening of a new basket was blocked, trading will be resumed when the open drawdown reaches this value.
SetName: The name of the set.
MinTimeHour: The usual time interval between the individual trades (in hours).
OffSetHour: Offset of the first trade of the week, relative to Monday, 00:00 by the broker time.
PeriodMA: Period of the in-build indicator.
Threshold: Threshold parameter of the in-build indicator.
TakeProfit: Take profit level of the basket.
TakeProfitPerLot: Take profit level of the basket, an alternative algorithm.
LotMult: Lot multiplier.
NLevelsMax: Maximal number of trades in the basket.
SLpips: Stop Loss level of individual trades in the basket.
TPpips: Take Profit level of individual trades in the basket.
CloseType (1,2,3 or 4): Selector of a type of logic for closing individual trades in the basket, when a signal occurs.
NLevelsSwitch: parameter of CloseType.
Delay: Number of consecutive signals in one direction, which forces a new trade to be opened in the direction of the signal.
MinDistPips: The minimal price distance between two consecutive trades.
UseTrend: Enable/disable analysis of the trend.
TrendType (1 or 2): Switches between the two types of the trend definition.
TrendPeriod: Period of the trend indicator.
TrendLevel: Threshold parameter for the trend identification.
NLevelsTrend: Minimal number of open trades, for which trend identification is performed.
PeriodTrendMA: Period of Moving Average, while in trend.
MinTimeFact: Multiplier for MinTimeHour variable, while in trend.
MinDistFact: Multiplier for MinDistPips variable, while in trend.
BetterPriceOnly: If this flag is set to true, a new trade of the basket will be opened only at a better price than the previous one, while in trend.
UseTime: Enable trade session option.
HourStartGMT: Start of the trading session.
HourEndGMT: End of the trading session.
HourEndFridayGMT: End of the trading session on Fridays.
GMTOffset: Time difference of your broker and GMT time.
December_End: The last trading day in December.
January_Start: The first trading day in January.
Magic: Magic number.
Slip: Maximum allowed slippage.
comment_color: The color of the text in the information block in the upper left corner of your chart.
box_color: The background color of the information block.