One of the biggest mistakes trading novices make is that they try to generate as much information as possible from one chart by using many unnecessary indicators. The result is a chart full of lines, squiggles and all sorts of nonsense which gives the trader a conflicting story.
Such on-screen “fuss” confuses a new trader forcing them to open or hold onto unprofitable positions until the dreaded Margin Call is announced.

Keep it simple they say. But how?

By using the Chaos Visual Averages indicator by Mladen.
Not only does Mladen’s indicator produce the most accurate reversal signals to date, the indicator allows a trader to easily join the trend and take counter-trend trades back into the direction of the trend.

If a trader chooses to work with Chaos, the trader should have a clean chart and not use additional oscillators, as they are all already included in Visual Chaos.

Tip: A simple and winning system using Chaos can be made by marking Weekly and Daily Support and Resistance lines and counter-trend trading the approaching bounces off those support and resistance lines using the Overbought Extreme and Oversold Extreme signals of the 15 minute Chaos.

Even with Overbought “Extreme” and Oversold “Extreme” conditions the indicator can sometimes cause you to trade in the reverse direction of a very strong trend causing large drawdowns before price eventually reverses.
Overbought “Extreme” and Oversold “Extreme” signals can be few and far between when trading on the 15 minute timeframe and higher. To counter this it’s recommended to trade at least 8 Major pairs to receive “Extreme” signals often. 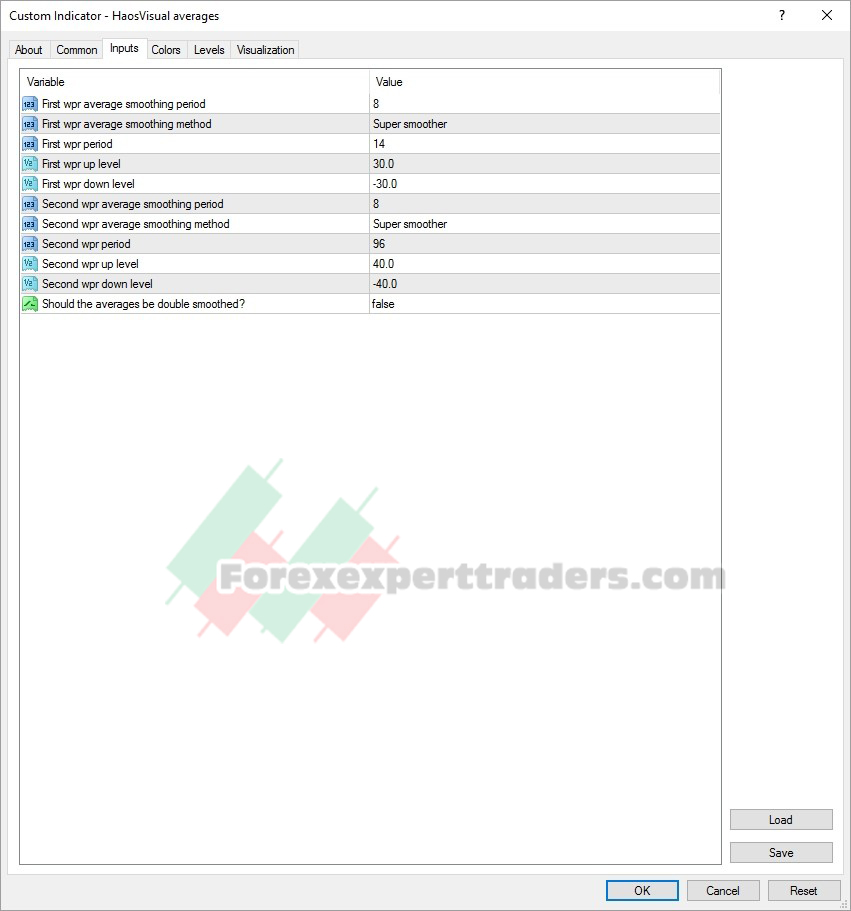