Thanks to combining four trade alghorythms (Pyramiding, Averaging,Scalping and Hedging) and two-pair CONSTANT high frequency scalping, depending on EA settings, it can increase your deposit from 100% / month to a dazzling 400% / day! Of course, 400% per day uses maximum deposit load and is very risky. So it should be used only for small deposits, and for bigger ones settings should be more conservative.

Two pairs for which it was tested are EURUSD and USDFCHF- highly correlated pairs (can be changed). Timeframe is 1H. A 5-digit broker supported.
Strategy:

This EA scalps DIVERGENCE and always trades in one direction on both EURUSDandUSDFCHF- negatively correlated pairs, either buy or sell according to pair divergence (difference), calculated from some bars ago (ZeroCrossBarNumberparameter) . So there’s some kind of protective hedging. When divergence is greater than DeltaMinToOpenand less than DeltaMaxToOpenit waits untill current price to last bar price ratio is greater than ConfirmReversalRatioparameter, to be sure that divergence is closing and only then EA opens its position. There’s a protecting logic – when the divergense starts to expand out of control, EA opens new HEDGING positions – against trend or trendwise. So sometimes it turns into pyramiding, sometimes into averaging, to move overall summary result to a positive profit. But even then it does not close all positions (CloseAllOnProfit parameter). If CloseAllOnProfitis set to false, it lets the profit flow which results in constant hour bar scalping. It was formerly a bug, but turned into a feature))

Pay attention on high frequency of trades with and hour bar, which is unprecedented. No more waiting for hours and weeks to trade. And for the last month it made almost 100% with only 7% drawdown.

This EA was developed and tested for Metatrader5 platform, and there’s also a Metrader4 version, but it will not be testable in MT4 tester as it does not support the multi-currency testing. That’s why MT4 version was not tested yet. 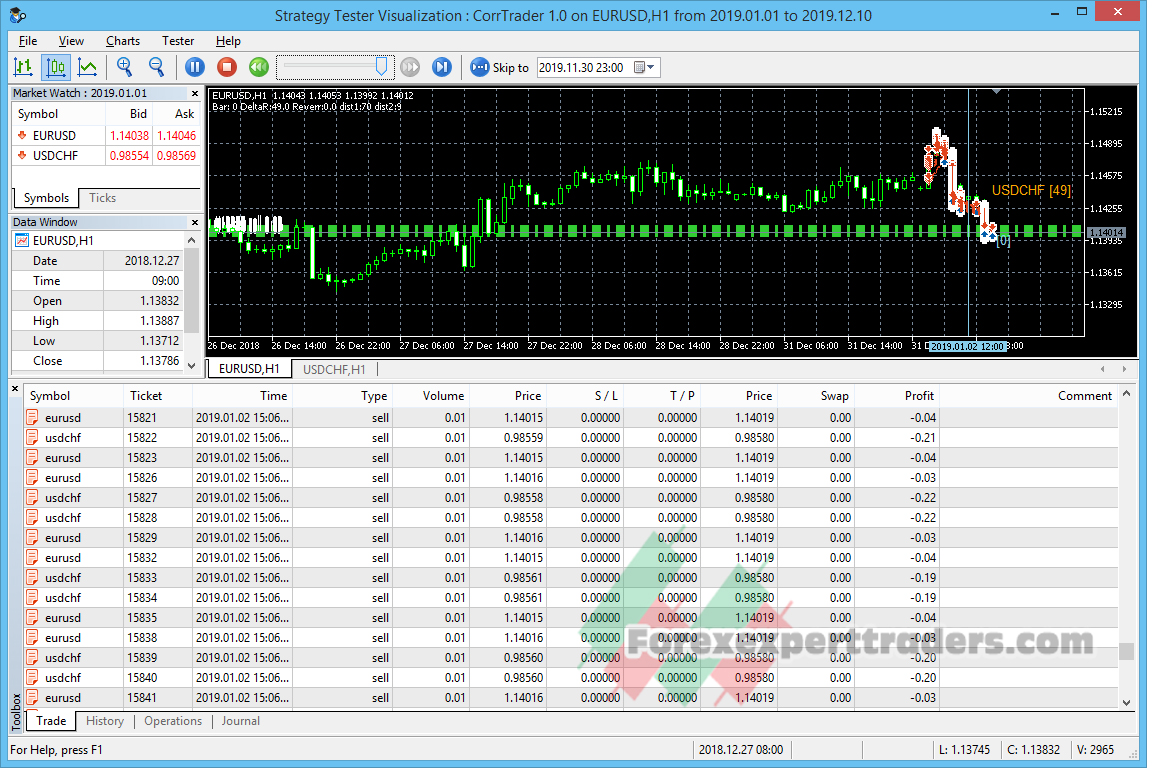 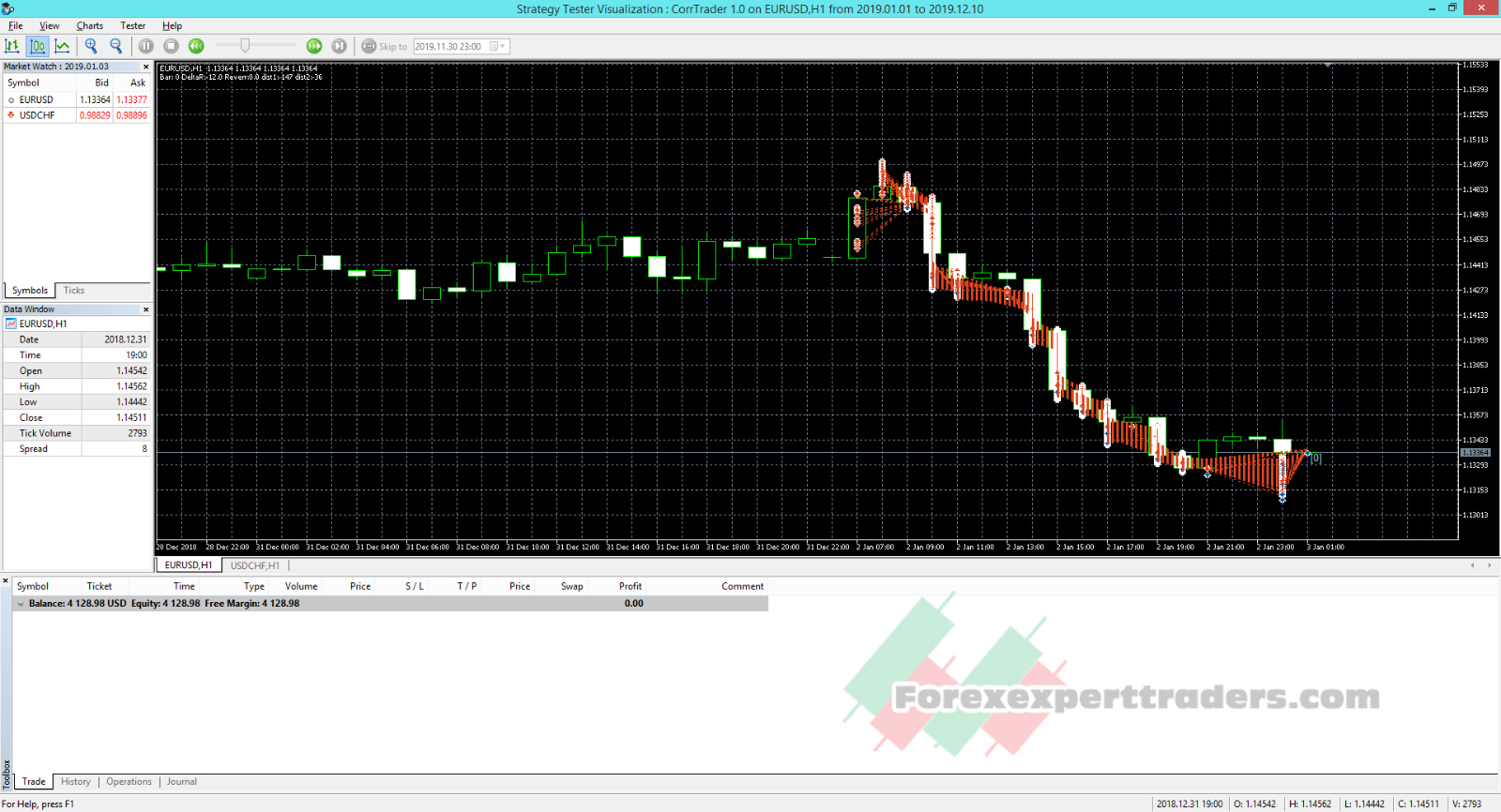